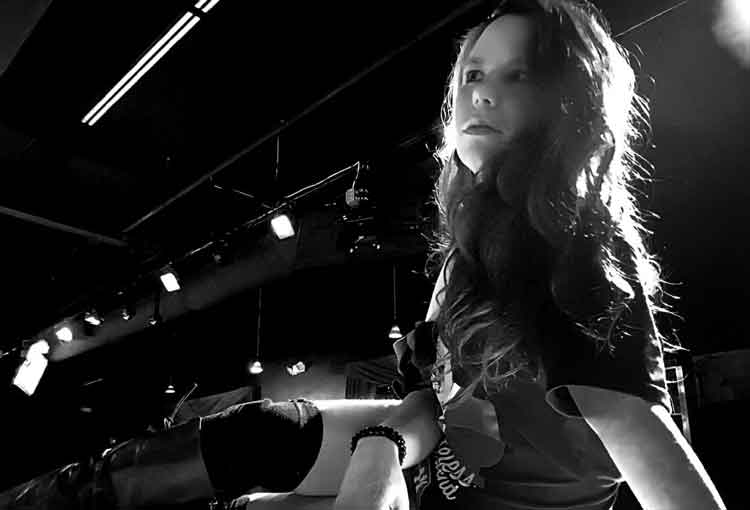 Tales From The Dance Floor: Vol 2

Dancers are not above fighting over customers and it’s usually about who’s regular is who’s, and stepping on one another’s toes. The gold standard of customers is the man who buys drinks and tips $100+ just to sit and talk with him. There’s the guy that does 9-10 dances in a row without trying to touch the dancer’s clam. Even the guy that spreads a dancer’s cheeks and takes a big whiff during a champagne room has some squabbling going on about him based on which girl he chose that day. But, there’s one type of customer we never fight over: women. 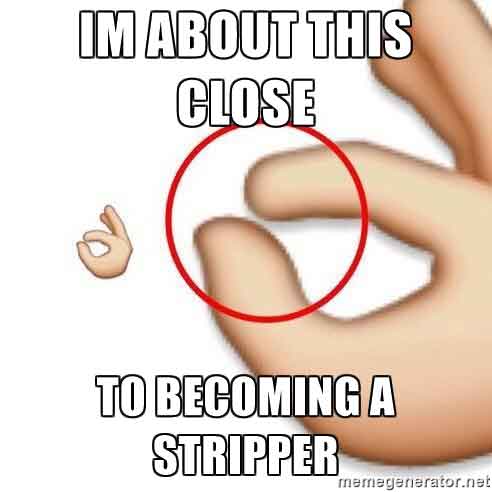 Here’s my disclaimer. I don’t even need two hands to count how many exceptions to the rule I’ve encountered over the years, and to those women? You may be few, but you are awesome! Thank you for buying me drinks, laughing with me, not at me, when I’m on stage and misstep. The confidence boosts, and not molesting me in lap dances whether your man is in there or not. Thank you for being a “gentleman”, if that makes any sense.

Here’s my second disclaimer. Men do get handsy, there’s no one that will deny that. Hell, I’ve even ended up in the hospital from a man putting my head in to the wall because he thought I’d like it rough. There was no arrest, there was no pending litigation or court appearances for hospital fees. I just took myself to the hospital and spent 3 days in a muscle relaxer coma, then took myself to work that weekend. It was uncalled for and that guy was a jagoff, but it’s part of the job. You grind your crotch against a guy and you expect to have him grab you down there. You don’t let him, but you expect it. And as a fellow entertainer once said, “trying to touch my lady parts in a lap dance…you’re automatically paying for an extra song.”

But he was the worst man I’ve ever encountered and I’d rather deal with him again if it meant I never had to deal with another female customer. Simply because I commend you men, you give up pretty quick. For the most part, you just kick rocks at picking the wrong dancer when you don’t get an extra.

I’m calling you girls out. Every woman is a feminist until she gets around dancers. All that talk about empowering our sex, looking out for one another, how men need to treat us properly and not like objects; that all goes out the window (if clubs had windows). There’s a championing cry amongst our kind when it comes to the female customer, and that’s “will you please stop trying to bed us?!” I see the internet, ladies. I see you standing up for your rights not to be cat-called on the street (and I agree, it’s annoying). I see you being victimized by “man-spreading”, and free Kesha, and rape-culture, and misogyny, and “let’s eat the patriarchy”. It makes me beg the question as to what happened, and when was it agreed upon that we’re not covered under the feminist’s jurisdiction?

Not only are we not covered, but we’re treated worse by women. It starts off by why they’re in the club in the first place. They want to appear open-minded so they tag-a-long with their boyfriend and his friends, but she’s just making sure her man, or the man she likes, isn’t a cheater. Men! Stop falling for this. If your girlfriend wants to go to the club with you, then you’re going to have a bad time, mmkay? Let me paint you a picture, gentlemen. You’ll be at the stage and your woman will be on your lap critiquing every one of us. I know you’ve heard your woman say it. A dancer starts at 20ft above the stage and executes a perfect tumble from a shoulder mount into an invert down the pole to rest in a Scorpio before her head smacks the floor, and your girl goes, “pft, I can do that,” and maybe offers up a dollar. You’re chilling with your friends, bucket of beers on the table, and one comes over. In the nastiest tone your woman can muster she’ll say, “Why is she here?” The obvious answer? Our job.

Just like the young man who was out for his birthday on St. Patrick’s Day. His friend told me, “whatever he wants just put it on my credit card.” Just after I asked his name his girlfriend came inside from a cigarette, wearing that “I’m a raver, not a dancer” green tutu. Poor boy didn’t see it coming. He was so wasted he didn’t even know a someone was twerking behind him on the stage when his girlfriend started snapping her fingers at him, shouting, “HELLO! Your girlfriend is right here!” He spent an hour at the bar with his head hung so low his chin touched his chest and getting yelled at every time a one of us came up to him to ask what’s wrong. His friend kept trying to run interference so the Birthday Boy could get some boobs in his face. It didn’t work. 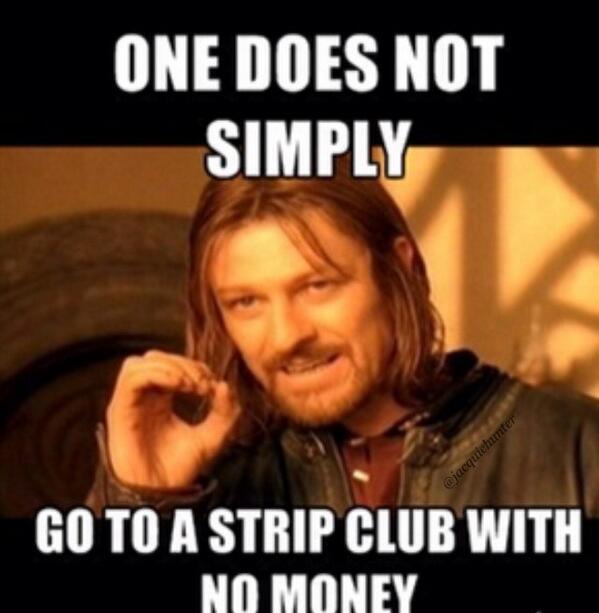 There was a customer last week who tipped me $5 on stage and when I went to thank him at the bar he told me, “you can’t talk to me, my girlfriend’s here. She’ll want to kick your butt.” Gee, thanks for dragging that in here. Imagine if I tried to beat up every female bartender for taking my boyfriend’s order.