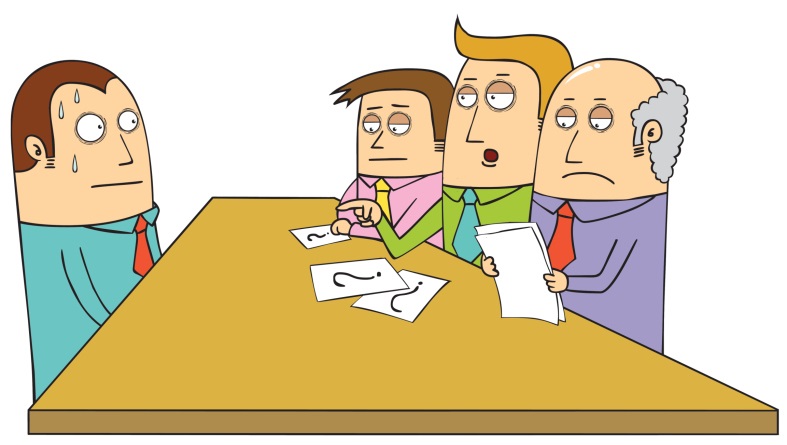 Whilst some could argue that this piece is ill-fitting with Alex’s recent “Bad Job Interview Advice” meme-fest, it could be said to have a link, however tenuous. Picture a Republican’s grip on reality and you will be close to the aforementioned tenuousness.

Like any bog-standard, mediocre writer who is largely talentless, disaffected and would rather be out getting appallingly drunk, that opening paragraph was added merely as a tie-in – this was in fact written a few days ago and concerns the multitude of job interviews I have attended over the years.

If anyone in my life ever needed proof that my sanity can be brought into question by one single fact, it is that I actually quite enjoy being interviewed. There was a period after leaving university – don’t worry, I don’t actually HAVE a degree or anything, I left after a short period of time because I found out that 98.73% of students are annoying twats with no more rightful place on earth than the steam from a donkey’s piss – whereby I decided to look for work.  I did this because I quickly deduced that living off the state simply did not provide me with enough money to enjoy the drink-fuelled lifestyle I had become accustomed to whilst at university.  Indeed, I regarded lectures as unfortunately necessary interruptions between beers, much the same as I knew I would regard working shifts as equally distasteful, but an essential evil.

As you can see, this mind-set, coupled with the fact I regarded any kind of grooming beyond spraying on the odd bit of deodorant and changing my underclothes once every couple of weeks or so made me an ideal candidate. What forward-thinking, dynamic, synergetic, up-and-coming business wouldn’t want to hire a guy like me?

However, after the first few knockbacks, I decided to up my interview game. I even turned up for some of them, mostly those where the vacancy holder had kindly realised that my hangover might have sufficiently abated by the afternoon and scheduled the interview after lunch, rendering me potentially able to not only be present, but to actually string something together that roughly resembled a coherent sentence.

Even once I was gainfully employed – in a horrendous job that I am sure I was offered because no one else applied and the office cockroach had turned it down – I still applied for jobs, partly due to the fact I wanted to earn better money but also because it presented a wonderful opportunity to mess with people’s heads.

You see, interviews are one of the most contrived situations in the world that are not planned or scripted down to the very last detail, as in theatre or television. Here you have people who are not playing at being other people and whose real names are shown in either the opening or closing credits; the interviewers and interviewee are playing themselves but, as we all know, a completely falsified version thereof.  Positivity and enthusiasm reign at all times, indiscretions and questionable performance are reduced to mere footnotes in career histories and even if you find the interviewer a smug, self-serving spunktrumpet, you will be nice to them because they have something you want – or believe you want, even if later on you regret the decision to take the job almost as much as you did uttering the words “I’ll stand by you”.