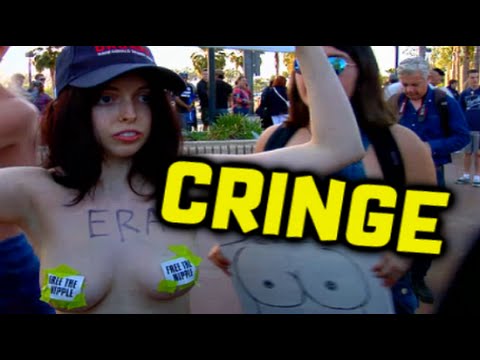 Attagirl!!! You’ve Taken Your Attention-Whorishness To A Whole New Level

Attagirl!!! You’ve Taken Your Attention-Whorishness To A Whole New Level

Look, I’m not the best looking guy in the world… but some women have thought so. I’m not the tallest male in any room (unless said room happens to be somewhere in Japan). I don’t have the biggest dick, unless… see above Japan comment. (Apologies to my Asian friends, but it’s true… I’ve seen at least a couple of your tiny cocks to know so.) What I lack in physical and cockal stature, however, I more than make up for it with intelligence, humor and charm. How else can I explain bedding down some of the absurdly high-caliber females with whom I’ve swapped both spit and ejaculatory fluids? In my case, I’ve found that humor and wit are my preferred route to the clit. (Write that down.)

The point of the above paragraph is to illustrate that if I can utilize such attributes to get laid in what is otherwise known as “real life,” then why the fuck does it work so poorly in the “internet dating” realm? And while I’ve mulled over this quandary for quite some time, and even gotten laid (via dating apps) a few times in the process (special thanks to April from Tinder who showed up at my front door in a dress concealing both crotchless panties and a garter belt), the answer has eluded me… until now.

What I lack in physical and cockal stature, however, I more than make up for it with intelligence, humor and charm.

Now I am well aware there are probably thousands of men reading this article for whom dating apps work like Spanish fly. I either owe you a “congrats” or you’re absurdly full of shit. I have numerous male friends whose dating app experiences mirror my own: one lay for hundreds, even thousands of “matches” and messages. I’m not referring to how often it has gotten anyone laid, but rather analyzing it from a statistical standpoint. And from that perspective, the odds suck.

Just consider the sheer number of women with whom you matched and/or perhaps even messaged… only to have the end result be nothing; not even an in-person meeting, let alone fuck. And you know damn well it isn’t for not trying. If you’re like me, you swipe, like, whatever, every fucking girl on that damn app. Why? Well, to increase your odds of getting laid, of course. Duh…

And you know damn well it isn’t for not trying. If you’re like me, you swipe, like, whatever, every fucking girl on that damn app.

Yet for all of those thousands of likes, matches, messages… chances are, you’ve barely even physically met any of those women, let alone inserted your dick into one. So why is this? And the answer, my male compadres, couldn’t be simpler: just as in “real life,” a majority of women want attention and nothing more.