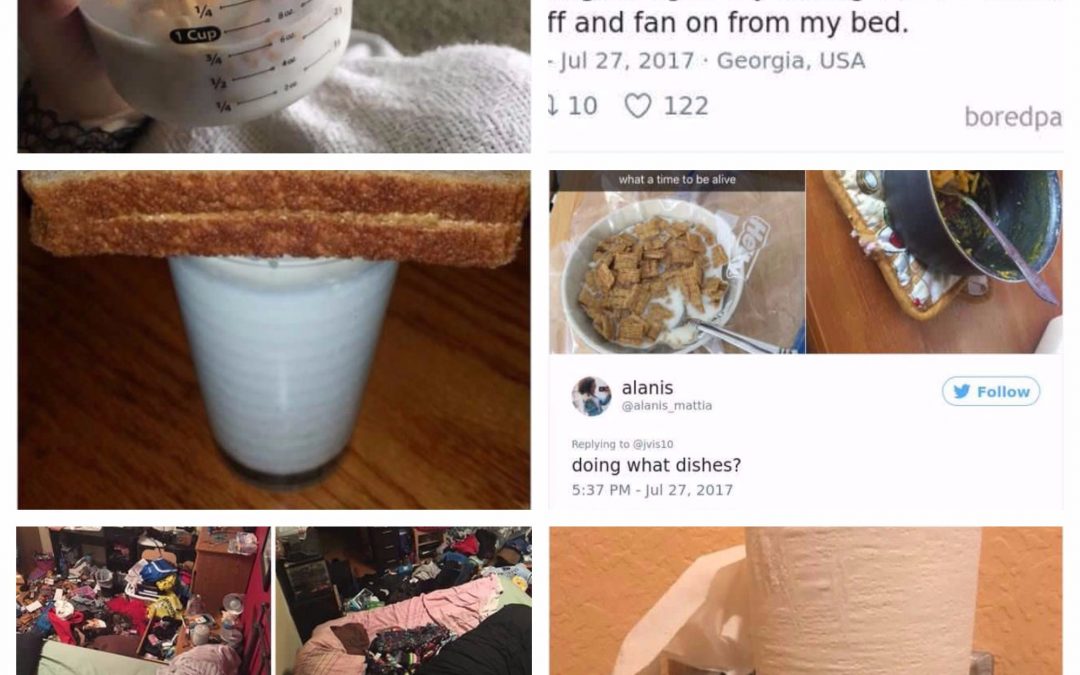 The Laziest Things People Have Done

On multiple occasions I bought socks and underwear instead of doing laundry. I’ve had my cereal from cups instead of cleaning bowls. I’ve been so hungover in bed that I had Postmates drop the food off in my living room while I was still in bed…I did unlock the door first. Instead of walking to the taco shop around the corner at two in the morning, I ordered postmates which took an hour instead of the 10 minutes it would’ve taken if I had just walked there. And I didn’t pull out of a girl because I didn’t want to have to clean up the post coitus mess.

Did this with my AC unit