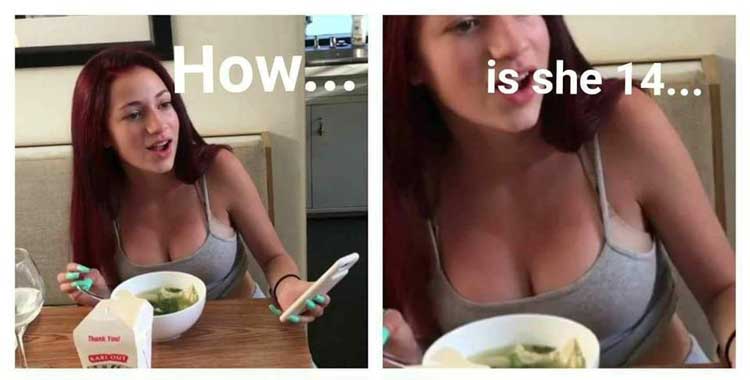 Keep up the good work posting memes in the comments.  If you saved a meme from our page and then posted it in the comments on that same meme, there is a pretty solid chance that you will not see your meme in one of the fan dumps.  The featured image meme (my personal favorite from this batch) is first in its entirety, so no one thinks we were creeping out on a 14 year old.  She does have a pretty nice iPhone though. Ryan had the most memes this time around (7) and David provided the featured image.  Most of you probably won’t see this, because a dramatic change has been made to FB where “low value sites” aka TTG don’t have their links show up in the newsfeed.  I’m only writing this because a content check will look at this page and determine the content to be worthless if there isn’t enough text.  Running out of ideas.